NFTs, or non-fungible tokens, are a type of cryptocurrency created on a smart contract platform such as Ethereum. They are unique digital objects that can be cool to own or even profitable to trade, in other words they are a kind of collectible digital cards. They usually start out as something only enthusiasts care about, but if you own a rare one, it can become worth a lot more one day.

What is fungible and non-fungible?

Cryptocurrencies can be  fungible  , meaning that all units of the currency (tokens) are the same and equal, such as grains of rice or dollars for example.

Non-fungible  tokens are just the opposite, each cryptocurrency unit or token is unique and cannot be counterfeited.

This “non-fungible” token can be used for many things, even certain types of currencies. But the current trend under the NFT has mostly come from digital art and collectibles. People have discovered that a unique digital object can be interesting, cool and even have significant monetary value. That is why it has grown so much in popularity lately, with thousands of projects around artwork, games and sports.

How do NFTs work?

It really depends on the platform, but since the vast majority of NFTs are created and traded on Ethereum, we’ll focus on that in this article.

NFTs are created on the  Ethereum blockchain , which are not customizable. No one can undo your ownership of an NFT or recreate the exact same NFT. They are also “permissionless”, so anyone can create, buy or sell an NFT without asking permission. Finally, each NFT is unique and can be viewed by anyone.

It’s like a unique collection card in an open shop window that everyone can admire, but only one person (or cryptocurrency wallet, to be exact) can own it at any given time. 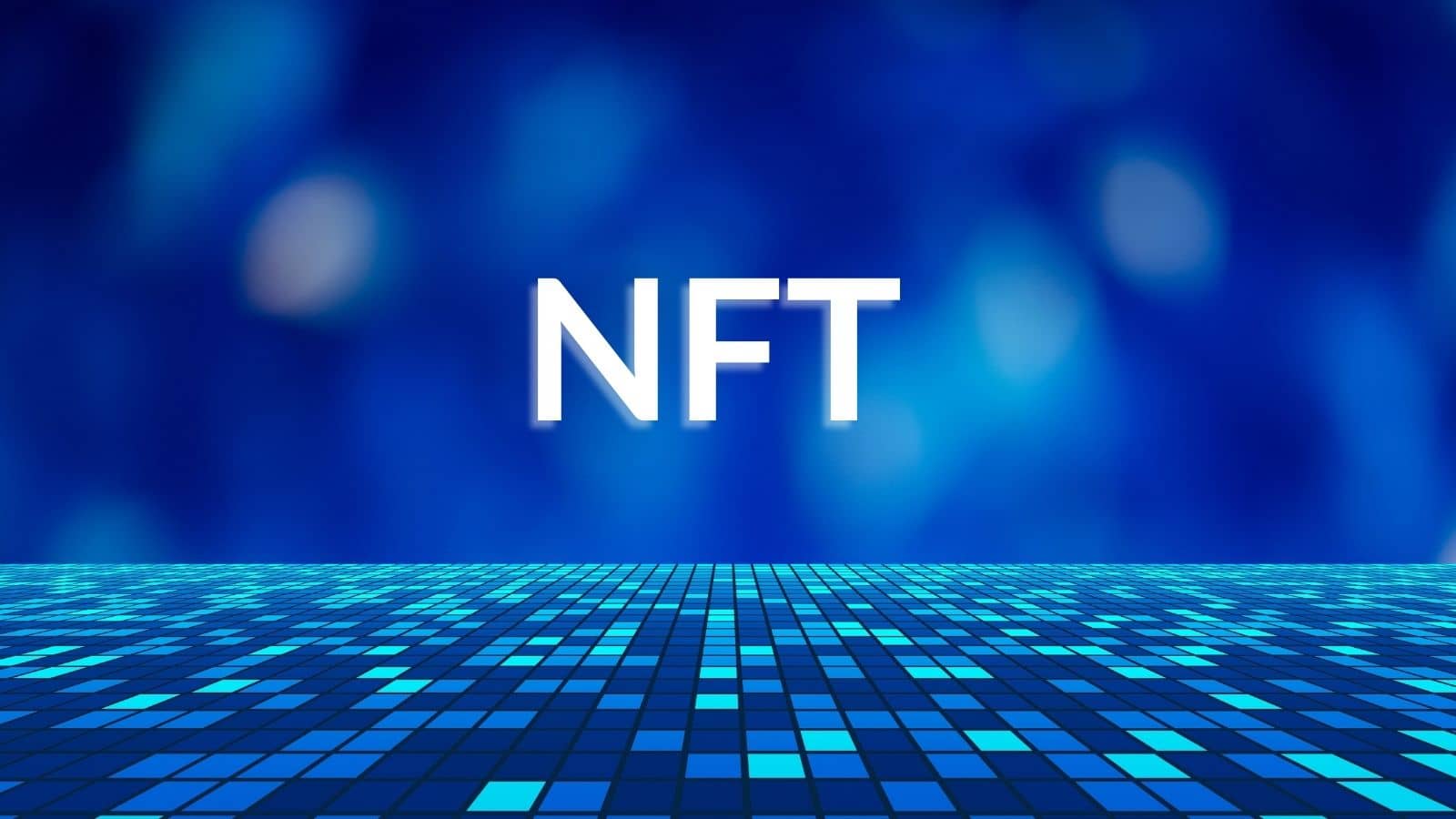 An NFT is usually represented by a digital artwork, such as an image. It’s important to understand that it’s not just about that image (which can be easily copied). Existence as a digital object on the blockchain is what makes it unique.

How do I buy or trade NFTs?

NFTs are bought and traded just like cryptocurrency based on Ethereum, only instead of buying a number of tokens, you only buy one token.

You start by downloading  MetaMask,  which is a browser extension that allows you to interact with different facets of Ethereum such as the exchanges and dApps (decentralized apps). MetaMask is also a digital wallet for Ethereum and all tokens created on Ethereum (both fungible and non-fungible).

After installing the extension, you need to buy some Ethereum (you can do it directly in MetaMask with a debit card or Apple Pay by clicking “Add Funds”). But be very careful with your funds. It is most convenient to store your MetaMask password and the private key of your wallet somewhere safe. If you visit a website that sells NFTs (such as NBA Top Shot) or an exchange where you can trade them (such as Uniswap), connect your MetaMask wallet to the site (only do so on sites that you know to be safe) , and then you can buy NFTs.

Why do NFTs have value?

Why would anyone buy an NFT and why would there ever be a buyer willing to spend even more money in the future?

The value of NFTs doesn’t just come from some sort of digital game where you buy something with the hope that you can later sell it for more. The NFT should be valuable to you because… you enjoy doing it. If you are an NBA fan, you may want an official NFT owner to represent your favorite player. Or maybe there’s a digital cat you like.

It cannot be copied

In fact, many NFTs are simply digital images that you can easily right-click and save to your computer, but NFTs are also located on the blockchain. This is what makes it extremely difficult to copy them in their entirety. The blockchain entry also tells you transparently who created the NFT. If a famous musician says, “Yes, that’s my Ethereum address that created this digital image”, then it can be verified on the blockchain. 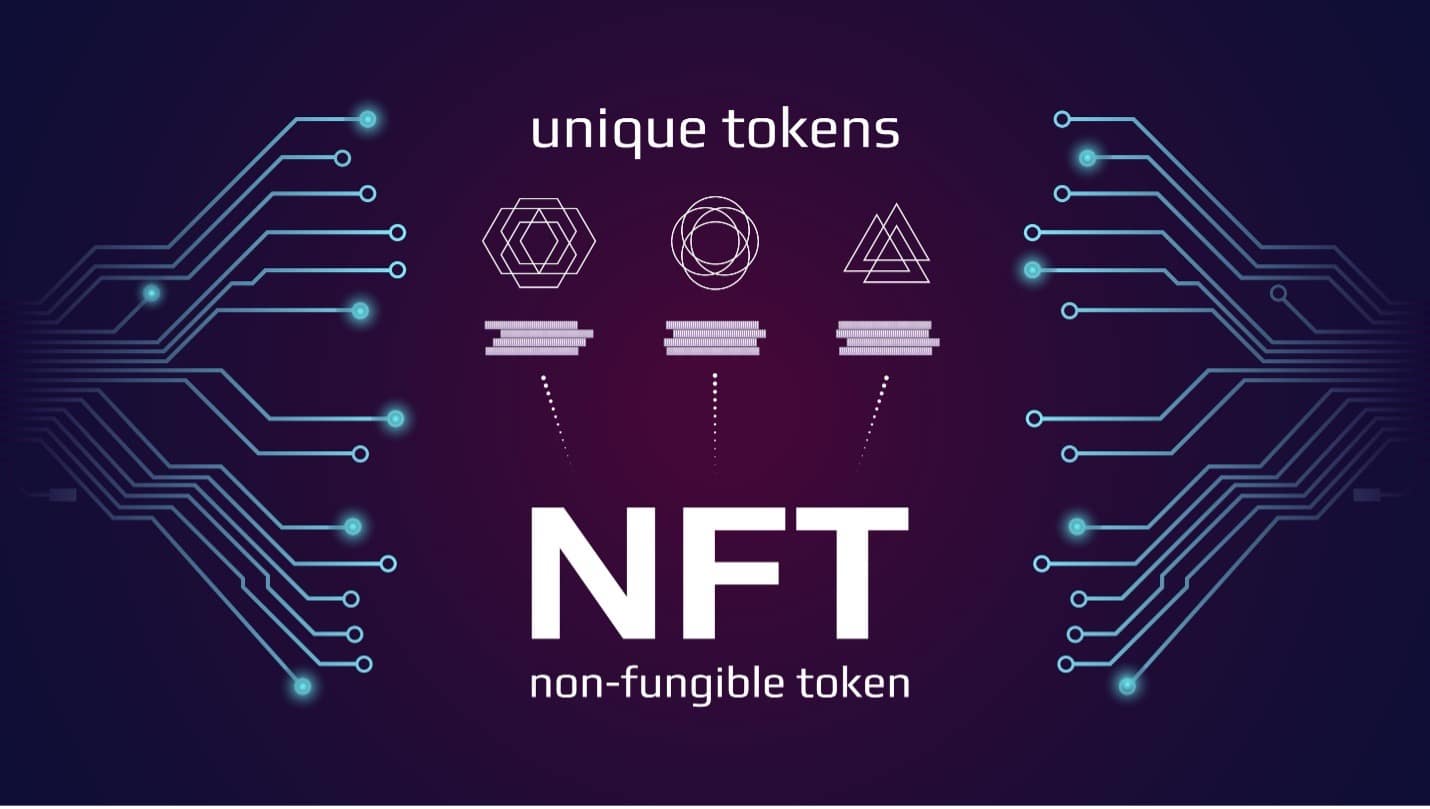 Some NFTs can be valuable in other ways. For example, say you buy an NFT related to an online game. Maybe that NFT will one day give you a special prize in-game, or it could be the basis for getting another hard-to-get object; something that only you can have because each NFT is unique. Now, with NFTs, no one can take it from you, not even the owners of the game.

A digital cat and mouse game

Let’s go back to the digital cat and mouse game for a moment. NFTs are an emerging market, and there is a lot of hysteria and scams going on. You may see that a particular NFT is selling for millions, and you may think that you too can buy something for a few dollars and get rich later by selling it to someone else. This can certainly happen, but it is quite rare. This can be manipulated, among other things.

For example, a cryptocurrency whale (one who owns huge amounts of cryptocurrency) can buy many NFTs and then “sell” them to himself (his other cryptocurrency address) for millions, artificially shooting the price up. So be careful: just because a particular NFT has been traded for a lot of money, it doesn’t mean that all other similar NFTs are also valuable.

What are the most expensive NFTs?

In the early days, we saw a  blockchain game like CryptoKitties selling virtual cats  for tens of thousands or even hundreds of thousands of dollars. Recently, music producer 3LAU sold a collection of 33 limited edition NFTs for over $11 million. The musician Grimes  (the mother of X Æ A-Xii) even sold her digital art collection for $7,500 each, totaling $6 million in sales. 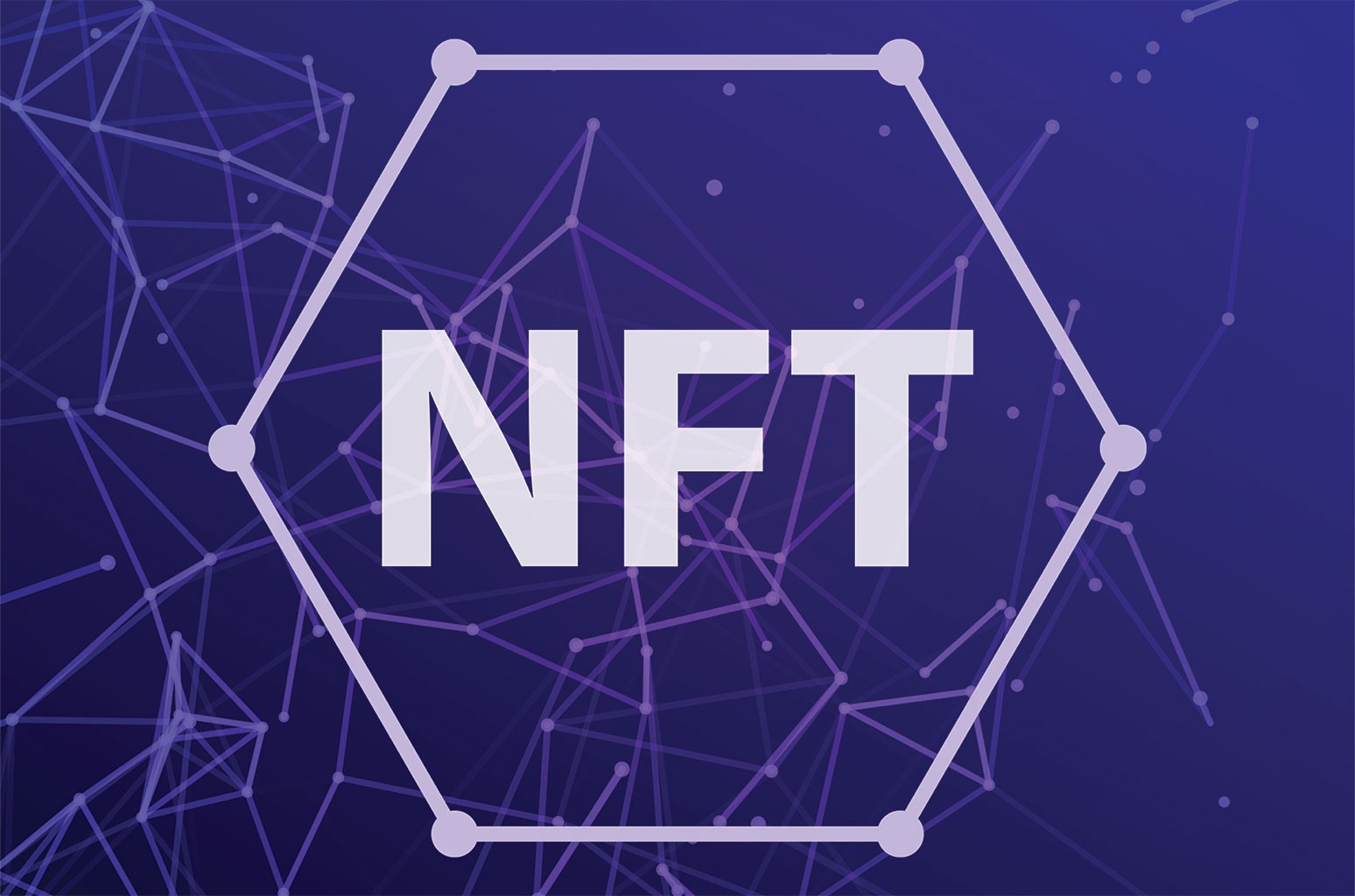 Are NFTs a good investment?

Buying an NFT because you like it or maybe even to make (or lose) some money quickly is one thing, but really investing in NFTs is another. Again, it’s only just new. Even a painting by Van Gogh or a rare baseball card by Babe Ruth took some time to become valuable.

Given the digital nature of NFTs, it is difficult to compare them to precious physical works of art, such as statues and paintings. On the other hand, we live in a world where one Bitcoin is worth more than $50,000 at the time of writing, so things from the digital world can certainly become very valuable and even keep that value over longer periods of time.

However, if you are planning to invest in NFTs, you will have to dive deep into this complex world as every NFT market is slightly different. Trading on Ethereum can be quite pricey, as the recent exchange of data on the network is driving costs up. Finally, you need to think strategically and follow the often rapidly changing cryptocurrency trends.

In short, it is certainly possible to make money investing in NFTs, but you will have to do your homework. Non-fungible tokens, or NFT for short, have been gaining considerable popularity in recent years due to their potential to tokenize practically anything, and confer true ownership of digital assets to holders.

Here, we explore what NFT are and how they are currently being used today.

SO, WHAT ARE NON-FUNGIBLE TOKENS?

NFT are relatively new types of digital assets that are designed to represent ownership of something that is unique and scarce, whether that be tokenized physical assets, rare digital resources, shares, or practically anything else.

Because NFT are unique, no two are alike, and hence NFT cannot be replaced with another identical token—this is a property known as non-fungibility, and it is enforced by smart contracts that prevent duplication, while publicly visible blockchains allow for provable scarcity.

NFT can come in a variety of different forms, depending on the standard they are built on, e.g. ERC721 and ERC1155 for Ethereum NFT, and TRC721 for TRON ones. Each of these standards has its own benefits and limitations, which can affect the types of NFT that can be created, similar to how a chef is limited by the ingredients he/she has available.
The vast majority of NFT are currently based on the ERC721 standard.

Similar to major digital assets like ether (ETH) and bitcoin (BTC), NFT are stored as data on a blockchain and are held in NFT-compatible wallets, like the Ledger Nano X. But unlike most digital assets, NFT have a property known as “non-fungibility”—which in the case of digital assets, is essentially a fancy term of uniqueness.

Each NFT has its own specific set of attributes (e.g. onchain and offchain metadata) that make it unique. This uniqueness means one NFT cannot be simply replaced with another identical unit because no other identical units exist—unlike US dollars which are fungible, since one five dollar note is usually worth just as much as any other, irrespective of their serial number or other attributes. 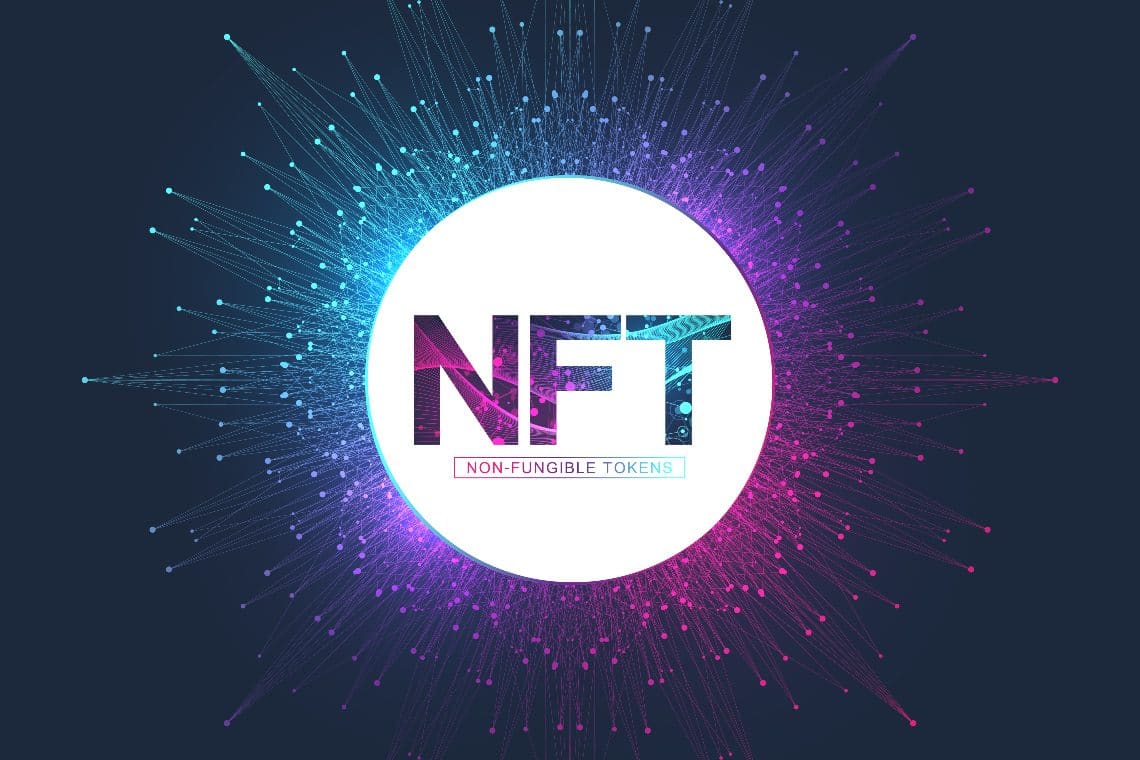 WHY SOME NON-FUNGIBLE TOKENS HAVE VALUE

As you may or may not have already seen, some NFT are highly valuable, with several NFT fetching upwards of $100,000 on the open market, including a Decentraland parcel that sold for $215,000 in November 2018 and a rare Cryptokitty known as Dragon that sold for 600 ETH, at the time worth around $170,000.

Since NFT are unique and can vary in their rarity, desirability, and utility, a market has developed around highly sought-after NFT, which sees collectors and traders buy and sell NFT, with their value being set by speculation, supply and demand, and other factors. Like many collectibles, NFT are worth as much as somebody is willing to pay for it—which can be a considerable sum.

As we previously touched on, NFT are stored in compatible digital asset wallets. For Ethereum NFT, MyEtherWallet is one of the most popular choices, since it can be used to easily manage any Ethereum-based NFT, and can also be used to access NFT stored on Ledger hardware wallets.

Just like standard ether (ETH) and ERC20 tokens, NFT can be transferred from one address to another. But it’s important to note that the transaction fee is always paid in ether, since NFT tokens are usually indivisible by nature and cannot be used as gas.

MyEtherWallet has a complete guide on using NFT through its NFT manager.

HOW NON-FUNGIBLE TOKENS ARE BEING USED

The number of potential use cases for NFT continues to grow with time, and ever more innovative examples appear regularly. Nonetheless, there are a handful of particularly popular use cases, as highlighted below:

In-game assets: NFT can represent in-game items, such as weapons, powerups, vehicles, characters, and more. Using the item could burn (destroy) the NFT, or lock it up using a cool-down timer until it can be used again.

Land ownership: In Decentraland, NFT represent parcels of land in different districts of the virtual world of the game. LAND owners can build on and monetize their plot, such as by leasing it out to other players or using it for advertising.

Domain names: NFT are currently being used as blockchain domains—essentially tokens that represent ownership of a particular crypto domain, such as name.eth or token.crypto.

Like standard digital assets, NFT are also used as speculative investment instruments, which are traded on NFT marketplaces like OpenSea and The Sandbox—usually by experienced traders and investors.